Gyumri’s former name was Kumayri. In the Kumayri-Gyumri area, 5000 year old settlements (Meat factory, Kumayri) and other artifacts from the first to third centuries B.C. have been discovered.

There are tombs, cyclopean and Urartian period fortresses and inscriptions.The first written evidence about Kumayri-Gyumri are the Urartian inscriptions of King Argishti I, dated 774 BC. According to academician Manandyan, the rich and crowded city “Gyuminas” mentioned in Greek historian Xenophon’s “Anabazis” is present day Gyumri.

In ancient times, Kumayri-Gyumri was the trade crossroad for different nations. 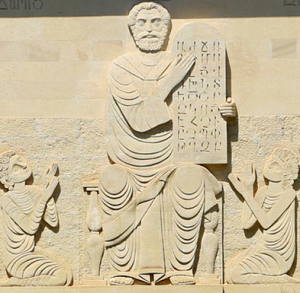 The roads to Armenian Dvin, to capital Ani would go through Gyumri to connect with Georgia and Trapizon.